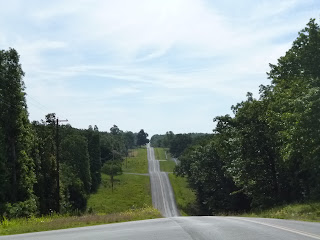 The most valuable part of this journey is the people I meet and the conversations I have. In that respect, today has been a good day. On the cycling front, it was harder than yesterday. The hills continued on and on, up and down, relentless, though they were not so steep as a few days ago and I did not have the heat or headwinds to contend with that others have suffered on this stage. The ride was 90 km. 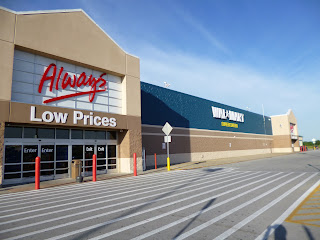 I noticed yesterday afternoon that my watch strap was about to break. On the way out of Marshfield, I called in at the 24 hour Walmart. I was impressed that at 7:15 in the morning they had a staff member present who could select and fit a replacement. She said that I might have had difficulty finding someone with the right skills if I had arrived before 7am.

Soon afterwards, I met British cyclist Patrick, on his way from San Francisco, CA to Williamsburg, VA. We had the usual good chat and exchange of information that cross-country cyclists enjoy when they pass, until interrupted by a motorist who told us we would get ourselves killed if we continued standing on the edge of the busy road.

I had a snack at Fair Grove and continued towards Walnut Grove. Just before I got there, I met and had a long talk with Wesley and James, local cyclists out on the Frisco Highline Trail. This 56 km rail trail runs from Springfield to Bolivar. They were interesting people and I enjoyed talking to them. 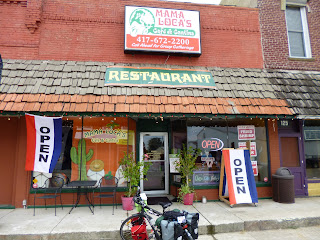 At my third 'grove' of the day, Ash Grove, I went for lunch to Mama Loca's Cafe on Main Street. Several of the staff came over to talk to me. They knew about the TransAm Trail and were familiar with its route through their state. They invited me to sign the visitors' book and offered without being asked to fill my water bottles and let me use their internet computer. The food (Mexican) was good too. 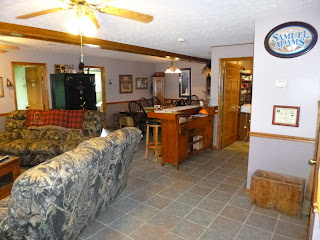 I went from there to the large supermarket back on US 160 since no meals are available at the place I am staying tonight. It is the Running Spring Farm Hunting Preserve and Inn, outside Everton. In the off season for hunting, owner Bill allows cyclists to stay in the comfortable and spacious air-conditioned lodge for $20 a night provided they use their own sleeping bags and not his sheets. There are two bedrooms and a bunkroom, a full kitchen, shower, wifi, and television. I am the only person there tonight. 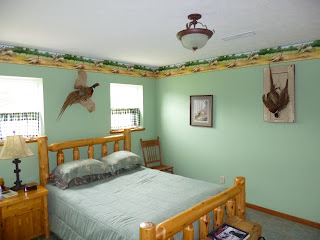